If I Stay and Where She Went

Books: If I Stay and Where She Went
Author: Gayle Foreman
Rating: PG14 for language, mature subject matter, and sexual content

These books have left my mind in a total state of awe. WOW. WOW. I have learned so much from the characters, the writing, the plot, and the author. Gayle Foreman is an amazing writer who can vividly portray her characters and their stories. Seriously, the story jumped off the page.

What I Liked
The first book (If I Stay) was incredibly touching. It is the story of Mia, a typical teenager with a love for music, who is in a horrific car accident with her family. While in the hospital, she reflects on her life; past, present, and future. The characters became so real to me. From the first sentence, I was placed under a spell and practically lived in Mia's world for a few hours.

I had high expectations for book 2, Where She Went, that were not completely met. The story is good, but it lacked a certain "real" factor that the first book had. Where She Went is about her life after the hospital, told from her boyfriend's point of view. This book was still a good read and I liked it for many of the reasons I liked the first (good plot, good dialogue, and I got to revisit all of the characters).

Both of these books portray the message that life is beautiful. Life is fleeting, life is short. We don't know when it will end. One of my favorite songs ("One Life to Love" by 33 Miles) has a line that says that you only have "one chance to find out the one thing that you don't want to miss." That was what this book practically screamed. Value your life and don't be anxious about the future. Just live in the present and value the people who are in your life now.

What I Didn't Like
I don't have a major problem with swearing in books. I don't do it, I don't condone doing it, but sometimes a swear word just fits in a book. Take The Help, for example. The language fit with The Help. It fit with the certain characters and that time era. And none of the words were extremely bad, crude, or offensive.

That was not the case with these books.

Swear words and crude language were practically dripping off of the pages. Swearing happens, I know that. But this book could have been so much better if some of the language had been left out, because it just didn't fit in most of it.

Though the swearing was disappointing, the thing that disheartened me the most was the sexual content. There was nothing explicitly pornagraphic about these books, but many relationships of a sexual nature are described. For example, in the second book, a male character remembers of the one night "flings" that he has previously been experienced. He talks about never wanting to see that person again after the night was over and just wanting to move on. This is not only wrong, but also degrading to women. Certain women are portrayed as no more than mere accessories to a partying lifestyle.

In an attempt to be real, these books were fake. I've heard the argument about how sex is a part of life and books are about life. I understand that there are going to be pregnant characters and total womanizers in some books. Another of my problems with that is that there are no consequences to these actions. In most YA books, pregnancy is usually not an outcome. There is rarely an emotional consequence either.

In Sum
As Young Adult writers, we have mostly teens reading our books. Being a teen, I speak from the perspective of both a writer and a reader. When teens read what we have written, we become responsible in some way for their thoughts and actions. By placing a lot of sexual content in our books, we are condoning sexual relationships before marriage. We need to tell teens (and adults) that there are so many reasons to wait for the man that God has planned for you! If a sexual relationship is absolutely necessary to the story, then my challenge to you is to show it in a real light. Show the consequences.

And remember, as authors in general, we are responsible for people who have read our books. We also need to remember because of that, we will be tempted to put less-than-moral things in our books. We need to remain steadfast to our morals and our beliefs.

Thank you for reading=) 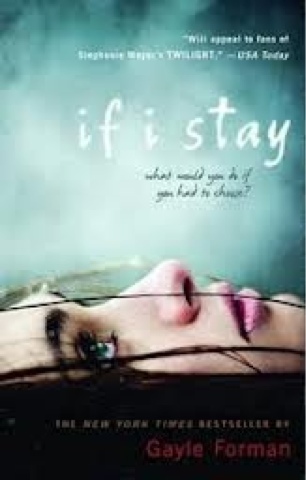 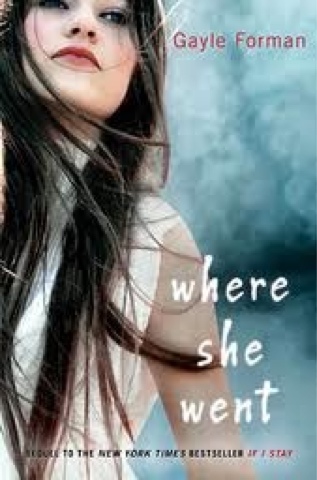 Email ThisBlogThis!Share to TwitterShare to FacebookShare to Pinterest
Labels: Gayle Foreman, If I Stay, Where I Went